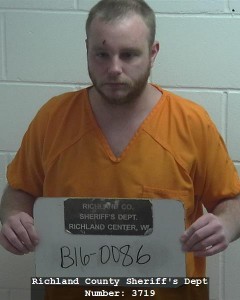 County Sheriff James J. Bindl announced this morning the identity of a male subject who is a person of interest in the recent death investigation in Orion Township.

On Saturday February 20th, the Sheriff’s Department received a 911 call from a residence on Catherine Street in the town of Orion.  When deputies arrived they found the body of Rachael A. Pauls inside the residence.   Deputies were told a male subject had fled the scene. After a quick and successful search by Richland County K9 TITAN. Andrew T. Weeden, 29 years old, was taken into custody on a probation violation.

The incident remains under investigation.