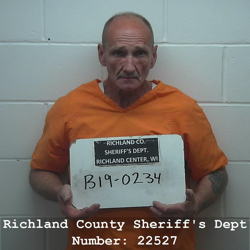 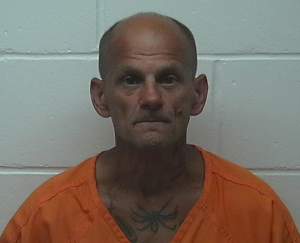 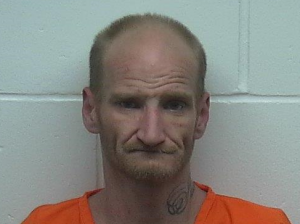 Saturday evening at about 7:35pm a Sergeant from the Richland County Sheriff’s Department was working traffic enforcement on US 14 West and identified a silver Dodge pick up traveling in excess of the posted speed limit. The Sergeant activated his warning lights and the truck accelerated. The Sergeant activated his siren and chased the truck west on Highway 14, then north on Bosstown Lane. The truck drove through a private yard, across a septic mound and into the woods where all three occupants fled on foot. Several Richland County Deputies responded, as well as Richland County DNR Warden Kirk Konichek.

Richland County Deputies deployed the department drone while calling for a K-9 from Grant County Sheriff’s Department. Deputies also created a perimeter around the area. A Deputy noticed a vehicle moving in the area and stopped it. It was learned the female operator was there to aid the fleeing parties. Deputies soon located the 3 suspects and took them into custody. Charges on the 3 males have been referred to the Richland County District Attorney’s Office. Charges for the female party are pending.

Sheriff Bindl gave high praise to the deputies involved for the safety and professionalism that they exhibited in the incident. 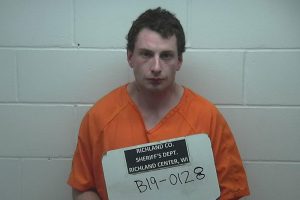 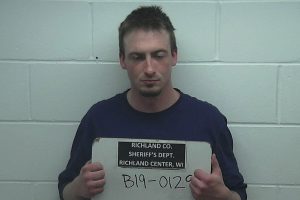 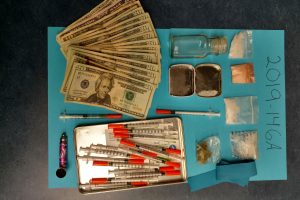 Chief Lucas Clements of the Richland Center Police Department reports that two men were arrested over the weekend on various drug related charges.

Kiefer J. Beran, 27, was arrested and tentatively charged with Possession of Methamphetamine with Intent to Deliver, Felony Possession of Marijuana, Possession of Drug Paraphernalia and Resisting/Obstructing an Officer.

Logan J. Lenz, 27 of Arena, was arrested and tentatively charged with Possession of Drug Paraphernalia.

Chief Clements stated that the investigation started when Kiefer Beran was seen in the Richland Center Walmart by an off-duty Deputy of the Richland County Sheriff’s Department, who was familiar with Beran through numerous police contacts.  The Deputy was also aware that Beran had an active arrest warrant through the Department of Corrections (DOC).

Chief Clements states that this investigation was the result of the diligence of the off-duty Deputy. Chief Clements also commented on the sound law enforcement tactics displayed by Officers and Deputies on patrol who responded, which allowed them to apprehend Beran on the DOC warrant and then conduct a thorough investigation that resulted in numerous charges and a substantial amount of methamphetamine being taken off the street. 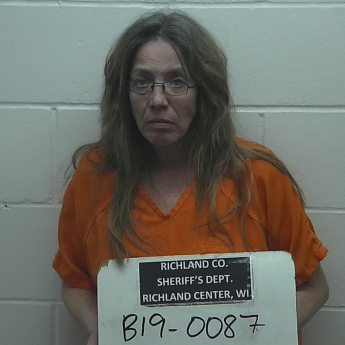 Chief Lucas Clements of the Richland Center Police Department reports that, on 2-24-19, Officers responded to a residential house fire at 1152 N. Central Ave., in the City of Richland Center.

Upon contact with the residence, Officers located the renter of the home, who had been the sole occupant of the residence, in her vehicle outside. Officers observed indications of fire within the residence, but were unable to enter because of the smoke. The Richland Center Fire Department was requested and was able to extinguish the fire, containing it to a bedroom. The rest of the residence suffered moderate smoke damage.

During the subsequent investigation, Officers located a small amount of suspected methamphetamine and items recognized by Officers to be used to ingest methamphetamine. The renter was questioned and admitted to the possession of the drug and drug related items. The source of the fire was investigated by Deputy State Fire Marshals from the Wisconsin Department of Justice Division of Criminal Investigation, in conjunction with RCPD and RCFD officials, and no evidence of intentional arson was found.

As a result of the investigation, Ronda K. Leffler, 53 of Richland Center, was arrested and tentatively charged with Possession of Methamphetamine, Possession of Drug Paraphernalia and Felony Bail Jumping.

All of the above listed drug related charges also carry a potential penalty enhancer because the offences took place within 1,000 feet of a park. All charges have been forwarded to the Richland County District Attorney’s Office for prosecution.

On 01/18/19 Richland County Dispatch received the report of a 2 vehicle crash on County Hwy N just east of the city of Richland Center.  Law Enforcement as well as Fire and EMS responded to the scene.

The driver of the full sized van, identified as Jaron Neunschwander-Luebke age 26 of Richland Center, was westbound on County Hwy N when he lost control of his vehicle negotiating a down hill curve and crossed the center line into the path of an eastbound Dodge mini van, operated by 39 yr old Scott Coppernoll of Richland Center.  The vehicles collided head on with the Ford van coming to rest on the north edge of the highway and the mini van resting in the south ditch.

Scott Coppernoll, his 37 year old wife Kelly Coppernoll and their four children were injured in the crash, as was the other operator, Jaron Neunschwander-Luebke. Scott and Kelly Coppernoll were trapped in the wreckage and were extricated by the Richland Center Fire Department’s Jaws of Life.  All injured parties were transported to the Richland Hospital by Richland County EMS and Baraboo EMS.  Jaron Neunschwander-Luebke and the four juveniles were treated and released.  Scott and Kelly Coppernoll were transported by Baraboo EMS to UW Hospital in Madison where they are listed in stable condition.

Jaron Neunschwander-Luebke was arrested and charged with operating while revoked causing great bodily harm.  The charges are being referred to the Richland County District Attorneys Office.  The incident remains under investigation.

A 2004 Ford pickup operated by 54 year old Michael D. Rynes of Richland Center was traveling west on US HWY 14 when a 2005 Chevy pickup operated by 87 Year old Willard Jindrick of rural Hillsboro entered onto Hwy 14 from the Ash Creek Plumbing & Heating driveway to go Westbound. The Jindrick vehicle entered on Hwy 14 at a rapid rate, into the path of the Rynes vehicle, making a collision unavoidable. The Rynes truck came to rest in the intersection, while the Jindrick truck continued off the road into the grass just west of Peebles drive. Willard Jindrick was ejected from the vehicle and suffered severe injuries, he was not wearing a seat belt. Jindrick was transported by Richland County EMS to the Richland Hospital, and later flown by Med-Flight to UW Hospital in Madison where this morning he is listed in critical condition.

The crash remains under investigation.

On 9-16-18 at 7:04pm the Richland County Sheriff’s Department Communications Center received a 911 call of a UTV crash on Beatty Drive in Henrietta Township. The caller stated there was one person lying in the roadway and one person trapped in the UTV. Richland County Sheriff’s Deputies, as well as Yuba Fire & First Responders and Richland EMS responded. When Sheriff’s Deputies arrived, they discovered the passenger in the UTV had gotten out of the unit and was not injured. A passerby was performing CPR on the subject lying in the roadway. Deputies assisted the citizen with life saving efforts as Yuba and Richland County responders arrived on scene. The subject was transported to the Richland Hospital by Richland County EMS and then transferred by MedLink helicopter to UW Hospital in Madison where he was later pronounced dead. The victim, 65 year old Michael S. Sweatt of rural Cazenovia, had been traveling south bound on Beatty Drive with a passenger when the vehicle left the road way on the right and rolled over. The incident is being investigated by the Wisconsin Department of Natural Resources.

On 9-16-18 at 4:50pm, the Richland County Communications Center received a 911 call of a single vehicle accident on State Hwy 60 approximately 2 miles west of County Hwy TB in Orion Township. The caller indicated one person was injured. Richland County Sheriff’s Deputies, along with Muscoda Police and Muscoda Fire and EMS all responded. The operator, Kyle T. Knutson of Reedsburg, was traveling eastbound on Hwy 60 when he travel off the roadway on the right, drove through a front yard, and became airborne after striking a driveway. The vehicle came to rest on its wheels facing west. Knutson was injured and trapped in the vehicle. He was extricated by the Muscoda Fire Department Jaw of Life. Knutson was taken by Muscoda EMS to a landing zone and flown by MedFlight helicopter to a Madison hospital where his condition at this time is unknown. Richland County Deputies were assisted at the scene by Lone Rock Fire, Muscoda Fire and EMS and the Muscoda Police Department The accident remains under investigation.