Sheriff Clay Porter reports that on 03/09/2022 at approximately 4:19 P.M. Richland County Sheriff’s Deputies responded to a report of a rollover crash on State Hwy 80 near the south intersection of County Hwy BR. The investigation revealed that a northbound vehicle had exited the roadway on the right shoulder, struck a tree and came to rest on its side in a marsh. The operator of the vehicle, Kathryn Slaney, age 68 of Hillsboro was pronounced dead at the scene by the Richland County Coroner’s Office.

On 03/05/2022, at approximately 12:09 P.M. the Richland County Sheriff’s Department received a call of a vehicle located in a creek below a bridge on State Highway 171. Deputies responded to the scene and confirmed the vehicle belonged to Francis Johnston. The vehicle, which was not visible from the road way, was unoccupied when it was located. A short time later, Francis Jonston was located in the creek deceased. 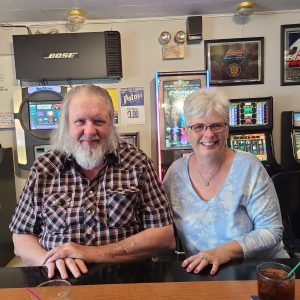 The Richland County Sheriff’s Department is requesting assistance in locating Francis Johnston of the Boaz area. Francis went to an appointment in Viroqua on 02/28/2022 and has not returned home. Francis is driving a brown 1992 Cadillac and was possibly seen around 5pm on 02/28/2022 not far from home. Francis has not been seen or heard from since Monday. If Francis or his vehicle are located, please contact the Richland County Sheriff’s Department at 608-647-2106

On 12/04/2021 at approximately 3:25 P.M., Law Enforcement, EMS and Fire were notified of a 2 vehicle crash at the intersection of State Highway 80 and State Highway 56 with multiple injuries. According to statements made by the operators of the vehicles involved, A car that was traveling eastbound on State Highway 56 failed to stop at the stop sign and was struck by a struck traveling southbound on State Highway 80. The car that was struck had 5 total occupants, all of which were transported by the assisting EMS agencies to the Richland Hospital for injuries sustained in the crash. One juvenile occupant of the car was pronounced deceased at the Richland Hospital as a result from the crash. The lone occupant of the truck did not require medical attention. The full details of the crash are still under investigation. The Richland County Sheriff’s Department is being assisted in the investigation by the Wisconsin State Patrol.

WHERE Incident Happened: US Hwy 14 at the intersection of Pleasant Valley Dr and Koch Dr.

What happened: Sheriff Clay Porter reports on 11/09/2021 at approximately 1:45 P.M. unit #1 being driven by Hostetler was leaving Pleasant Valley Dr crossing USH 14 to go into Koch Dr. Unit #2 driven by Ewing was traveling East bound on USH 14 when unit #1 crashed into the driver side door. The impact from the crash did send unit #2 off the road into the south ditch of USH 14 just east of Koch Dr. Ewing was transported by Richland EMS to the Richland Hospital with non life threatening injuries and Hostetler and passenger had minor injuries but did not want medical treatment.

What happened: Sheriff Clay Porter reports that on 10/19/2021 the Richland County Sheriff’s Department was assisting the WI DNR execute search warrants at two addresses in Richland County due to a multi-year poaching investigation where over 150 deer were illegally killed. While searching the two properties Wardens located an upstairs room with a large amount of green leafy substance at the address of 16073 Thirteen Rd. There was a large tote located that had 3lbs of individually packed containers that after field testing the substance did show a positive test result for marijuana. Suspect parties Dominic and Dennis Stanek are co-owners of the property and were both arrested for possession w/intent to deliver THC and maintaining a drug trafficking location. WI DNR still has an ongoing investigation for natural resource violations.

What happened: On 08/05/2021 at approximately 8:30pm a deputy initiated a traffic stop of a vehicle for speeding. The driver Aleece Roh had her three children in the car, ages 9, 6, and 4. Deputy could smell a strong odor of Marijuana coming from the vehicle and felt Aleece was impaired. Aleece showed signs of impairment during field sobriety testing and was arrested for OWI 2nd with passenger under the age of 16. During a search of the vehicle Deputy located 2 ounces of Marijuana, 1/4 ounce of Cocaine, and drug paraphernalia.

What happened: On 07/31/2021 at approximately 9:10pm Richland County dispatch received a 911 call regarding a male party who had been shot and needed an ambulance. Deputies and EMS were dispatched to the call, but the male party, identified as Benjamin C. Brewer of Muscoda, died before help could arrive. Benjamin was shot during a physical altercation with girlfriend Lori M. Miller of Muscoda. Lori was transported by EMS for minor injuries and later booked into the Richland County Jail. This case is still under investigation.

What happened: On July 18, 2021 at 3:58 am Richland County Dispatch received a call requesting a welfare check on Matthew Hastings and his family. The caller was concerned about an incident that took place in Yuba involving the Hastings family. Richland County Dispatch received another call from a different party who was at the Hastings residence. That party stated that Matthew had a gun and was in the residence with his family. Deputies and Officers from the Richland Center Police Department set up a perimeter around the home. Phone contact was made with Matthew and was later taken into custody without incident. No one was injured during the incident. K9 Rambo was deployed and was able to locate the firearm outside the residence. Matthew was transported to the Richland County Jail.

On July 15, 2021 at approximately 5:30am the Richland County Sheriff’s Department received a call about an semi that over turned on US HWY 14 causing both lanes to be blocked. Emergency personal responded to the crash. The male driver and female passenger were transported to the Richland Hospital for minor injuries. Wegner and Shields Towing responded to assist in the clean up process. The details of the crash are still under investigation.