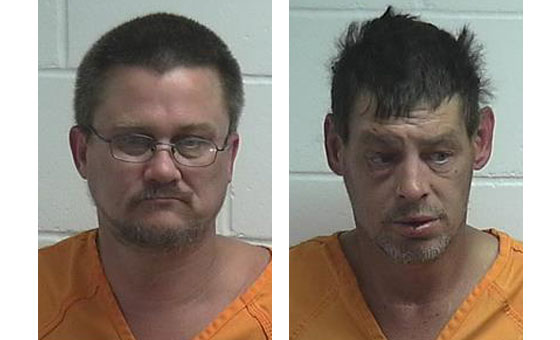 On September 21, 2015 at approximately 9:15 p.m. the Richland County Sheriff’s Department was advised of a one car vehicle crash on USH 14 just West of Eden Valley Lane. Law Enforcement arrived on scene and found one vehicle with significant damage in the ditch line just off of USH 14, vehicle had no occupants upon arrival. Law Enforcement located operator and passenger concealing themselves in the brush. Evidence showed that Wilson was the operator of the vehicle and had drugs and drug paraphernalia on his person. Law Enforcement did locate numerous tools on suspects and their vehicle. After an investigation, it was found that both parties were just involved in a burglary and had stolen the tools and other goods from a business on USH 14. It was determined that Wilson and Hach were both intoxicated and were transported to the Richland center hospital and treated for non life threatening injuries.