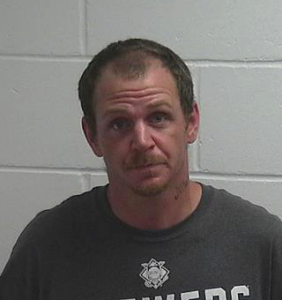 On May 27th 2016 at approximately 9:27 PM a deputy made a traffic stop on U.S Hwy 14 near Old Mill Rd, for a speeding violation. When contact was made with the driver of the vehicle Jeremiah Smith, signs of impairment were present. During a check of Smith’s driving status, it was also found that Smith had a felony warrant out of Rock County Wisconsin. Smith was taken into custody for the felony warrant and also arrested for operating while under the influence 6th offense with a child in the vehicle. Smith had a three year old female, twelve year old male and an adult female in the vehicle that he was operating. Smith was transported to the Richland County Jail where he is currently being held.

ARREST or CHARGES: Operating while under the influence 6th with child in vehicle. Operating while revoked. Failure to install ignition interlock device. Open intoxicants in vehicle. Violate child safety belt restraint of child under the age of four years old. Speeding in a 55 mph zone 19 mph over speed limit.