5/25/14   2:59AM – Block was operating a 2009 Harley Davidson traveling northbound on CTH II approximately 0.3 mile north of Corwin Ridge Rd. Block’s motorcycle strikes a deer and he is thrown from it. Anthony A. Block, 33, of Cazenovia,  was not wearing a helmet and suffers injuries to face, head, and chest. Block was transported by Cazenovia EMS to the Richland Hospital and then by Medflight to UW Hospital in Madison.

Cazenovia Fire and EMS assisted the Richland County Sheriff’s Department at the scene.

On 05/24/2014, shortly after 8 PM, Richland County 911 received a report of a single vehicle crash on Excelsior Rd west of CTH F. Upon arrival, a 2003 Ford Ranger was seen resting down a steep embankment. First responders did have to use ropes and basket to rescue the driver. The driver was taken to Boscobel Hospital via ambulance but did succumb to injuries. Eyewitness accounts did say Larry D. Holloway, 51, of Blue River, did veer off the road only after avoiding a collision with an oncoming vehicle. The investigation did reveal that Holloway was not wearing a seatbelt and speed and alcohol was a contributing factor.

On 05/24/2014 at approximately 5:33 PM Angela Novotny, 37 of La Valle,  was operating a motorcycle northbound on STH 58 when she lost control of the motorcycle and was ejected from the cycle onto the west side ditch line. Novotny was transported to Reedsburg Memorial by Cazenovia EMS. Novotny was then transported to UW-Madison by Med Flight where she succumbed to her fatal injuries.

On 05/22/2014 at 8:05 PM, Richland County 911 received a call of a 2-car crash on USH 14 at McDonald’s. The investigation found that McGrath, driving her 2003 Saturn Ion, pulled out of the McDonald’s parking lot onto USH 14 when a 2002 Dodge Durango driven by Olson crashed into the Ion. Olson’s vehicle veered off USH 14 coming to rest alongside NAPA Auto. The Ion came to rest along the shoulder. McGrath was transported to the hospital via ambulance.   Olson and her 3 passengers suffered minor injury. Both vehicles were towed from the scene.

The Prescription Drug Take-back will be held at the Richland Center Police Department on Saturday, April 26th between the hours of 10:00 a.m. and 2:00 p.m.

On April 26th from 10 a.m. to 2 p.m., the Richland Center Police Department and the Drug Enforcement Administration (DEA) will give the public its eighth opportunity to prevent pill abuse and theft by ridding their homes of potentially dangerous expired, unused, and unwanted prescription drugs. Bring your medications for disposal to the Richland Center Police Department at 470 South Main Street. The service is free and anonymous, no questions asked.

Last October, Americans turned in over 647,000 pounds of prescription drugs at over 5,600 sites operated by the DEA and its thousands of state and local law enforcement partners.

This initiative addresses a vital public safety and public health issue. Medicines that languish in home cabinets are highly susceptible to diversion, misuse, and abuse. Rates of prescription drug abuse in the U.S. are alarmingly high, as are the number of accidental poisonings and overdoses due to these drugs. Studies show that a majority of abused prescription drugs are obtained from family and friends, including from the home medicine cabinet.

Anyone who has donated money or items to this cause please fill out the following questionnaire.

Troxel Farms have donated 8 bicycles to be given away. 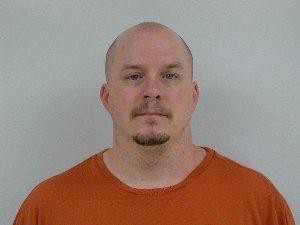 The Richland County Sheriff’s Department in cooperation with the Richland County Sex Offender Notification Team is releasing the following information pursuant to Wisconsin State Statute 301.46(2m) which authorizes law enforcement agencies to inform the public of a sex offender’s release when, in the discretion of the agency, the release of information will enhance public safety, awareness and protection.

In December of 2013 a Richland County Jury determined that John A. Elder, 43, of Richland Center, no longer met the criteria of a civil commitment under Wisconsin’s sexually violent person’s law. After the trial Elder was released from Sand Ridge Secure Treatment Facility in Mauston, Wisconsin and moved to the Green Bay area. END_OF_DOCUMENT_TOKEN_TO_BE_REPLACED

Like many of you, when I begin my day at work I have a routine that gets me organized and jump starts my day. If nothing is pressing and no emergencies in the jail or in the county, I grab a cup of coffee and check my overnight telephone messages. A couple of weeks ago when I checked my messages I noted that of the 8 callers leaving messages, 6 were reporting some type of scam activity that was going on in our community. With the snow falling and the temperature hovering around 10 degrees Fahrenheit I was thinking to myself that years ago the scam calls didn’t begin until early Spring and usually ended just after the county fair. Not any more I thought. With all the direct postal mailings, the creation of the internet and everyone walking around with their own personal telephone in their pocket scamming for money is now a year-long endeavor. END_OF_DOCUMENT_TOKEN_TO_BE_REPLACED

I don’t know about you, but I like to make lists, lots of lists. My lists may remind me what has to be done or what I need to pick up or who was going to do what. I think my lists are my way of making sure I don’t forget something.

It’s a security blanket for me. Whether it’s important or something minor- I just don’t like to forget or not be prepared. I feel better when I have a list.

Yet, despite all my lists, I have had to return and make that double-run to the grocery store for the one item that I needed and forgot to purchase when I was just there!

As I watched the snow fall this last Monday, I didn’t need a reminder list that another winter driving season had started. As per usual the first significant snow of the season brought out the tow trucks to lend a hand to those who slid off the slippery roads. END_OF_DOCUMENT_TOKEN_TO_BE_REPLACED