On March 21st, 2018 at approximately 2:52 PM a deputy observed a vehicle traveling west bound on U.S Hwy 14 just east of Richland Center. The vehicle was followed into the Goodwill parking lot where three occupants exited the vehicle. The deputy made contact with Clarke the driver of the vehicle while the two passengers fled on foot north behind Goodwill. Clarke was detained at the scene and additional officers were requested. Responding officers apprehended Sander and Harvell who were running in a field east of Goodwill. Both subjects were taken into custody and the vehicle was towed to Richland County impound due to false plates on the vehicle and being unable to locate an owner. Clarke was informed he would be receiving traffic citations for several violations, and he was then released. During an inventory of the vehicle deputies discovered over 25 grams of methamphetamine, 1 gram of MDMA, digital scales, $398.00 in cash and other various items of drug paraphernalia.

Joshua D. Clark is wanted on several felony drug charges. A $500 cash reward is being offered for information that leads to his arrest. If you have information please call the Richland County Sheriff’s Department at 608-647-2106 or Crime Stoppers at 608-647-CLUE. 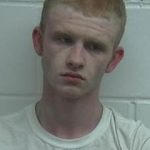 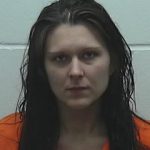 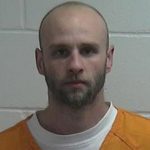