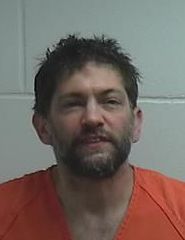 On 3/26/2018 at approximately 6:10pm, Richland County authorities were notified by the Vernon County Sheriff’s Department of a reckless driver eastbound on US Hwy 14 from the Readstown area.  The report was that he was not stopping for Vernon County Deputies and a call for help went out to the Richland County Sheriff’s Department to deploy “Stop Sticks” (tire deflation devices) was made.

It was learned the suspect vehicle had been involved in at least three crashes in Vernon County, involving both civilian and law enforcement vehicles.  Authorities attempted several trained maneuvers to stop the suspect as he appeared to intentionally ram into squads and continued east on Hwy 14.  As the suspect entered Richland County he crashed into four additional civilian vehicles traveling on the roadway, drove through ditch lines and continued to flee from deputies.

A Richland County Deputy arrived and coordinated with Vernon County Deputies to attempt to stop the vehicle.  Contact was made with the suspect vehicle by squad cars in a trained manner which temporarily stopped the suspect, however as deputies exited to make contact with the driver, he accelerated and pushed through the squads, and continued eastbound.  The suspect was yelling out the window at authorities and throwing items from his vehicle as he drove.  The chase reached a maximum speed of 35 mph according to authorities.

Richland County Sheriff James Bindl highly commended the road deputies from both Vernon and Richland Counties as well as the dispatchers.  “This was a very dangerous incident for everyone on the road.  Because of the Deputies actions, no one was injured or killed last night.  All involved did what had to be done and did it well.”