Chief of Police Lucas Clements states that at approximately 1:00 a.m. on December 21st Officers with the Richland Center Police Department conducted a traffic stop on a vehicle within the City of Richland Center for an equipment violation. During the normal course of the traffic stop, K-9 Rambo, from the Richland County Sheriff’s Department was deployed. K-9 Rambo gave a positive indication on the vehicle for the presence of narcotics.

The driver and a passenger in the vehicle were removed. Upon their removal, Officers observed the two begin to act nervous and reach inside their pockets. Subsequent investigation recovered methamphetamine from both parties.

As a result, the driver of the vehicle, Lori L. Oman, 47, of Sextonville was arrested for possession of methamphetamine, operating while under the influence of a controlled substance-4th offense, misdemeanor bail jumping, and cited for operating after suspension. 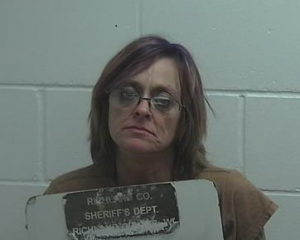 The passenger, Joshua D. Clarke, 30, of Richland Center was arrested for possession of methamphetamine, possession of drug paraphernalia, and felony bail jumping. 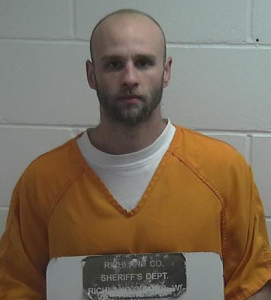 Charges for both Oman and Clarke will be forwarded to Richland County District Attorney Jennifer Harper for prosecution.

Chief Clements adds, “This is yet another fine example of the alert work that our Officers and Deputies do each day and night to keep our community safe.”