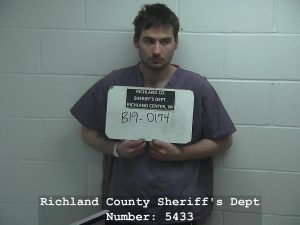 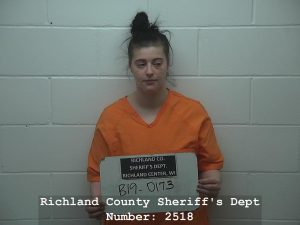 At approximately 6:30am on 11/13/19 a Richland County Deputy was on patrol in the village of Gotham and noticed a light on inside a home at 28875 McNurlin Street. The deputy also noticed a car with an open trunk in the driveway. The home, which less than 12 hours before was the location of a search warrant, was not supposed to be occupied. Another deputy arrived and assisted with a check of the area. Deputies discovered forced entry had been made into the residence and it appeared several items had been moved inside the home and other items were possibly missing. As Deputies investigated further, they located two individuals behind the residence, hiding by a yard shed. Both were taken into custody. Arrested were 32 year old Steven Baker and 29 year old Nichole Weiland both of Boaz. Both Baker and Weiland were transported to the Richland County Jail and are awaiting bail hearings on several charges. The incident remains under investigation.