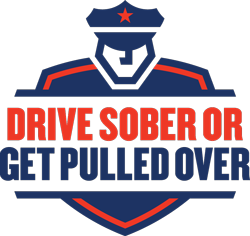 This holiday season, the Richland County Sheriff’s Office is joining law enforcement agencies across Wisconsin and the nation to prevent tragedies in our communities.

There will be more officers out patrolling to get impaired drivers off the roads during the annual Drive Sober or Get Pulled Over holiday enforcement campaign. It runs Friday, December 16 through New Year’s Day.

The campaign is not simply about stopping or arresting drivers. It is focused on saving lives. Someone is killed or injured in impaired driving crash every two hours in Wisconsin. During the last holiday season, there were nearly 400 crashes that involved an impaired driver.

Alcohol and drugs can have a significant impact on a driver’s focus and ability to maintain control behind the wheel. Last year in Wisconsin, there were 6,368 alcohol-related crashes that killed 166 people. Alcohol contributed to more than a quarter of all traffic fatalities.

Everyone in the community can help with this effort in several ways: