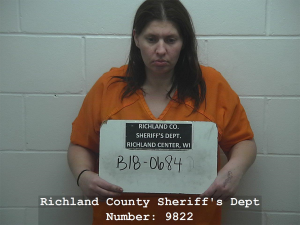 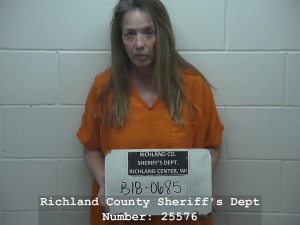 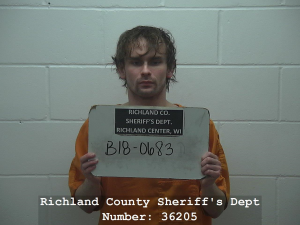 Chief Lucas Clements of the Richland Center Police Department reports that, on 12-27-18, Officers made contact at a residence in the City of Richland Center over a reported concern that children were being exposed to methamphetamine, which was being used and distributed within the residence.

Upon contact with the occupants of the residence, Officers found numerous children, including several toddlers and a baby. Officers also located several methamphetamine pipes, including one that still had smoke coming out of it. Further investigation discovered a baggie of methamphetamine and numerous items associated with methamphetamine usage and distribution, such as pipes, pipe cleaning items, syringes, snorting straws, scales, and repackaging baggies. As a result of the investigation, the following subjects were taken into custody.

Hope M. Millard, 33 of Richland Center, was arrested and tentatively charged with Possession of Methamphetamine with Intent to Deliver, Maintaining a Drug Trafficking House, Possession of Drug Paraphernalia and Child Neglect.

Ronda K. Leffler, 53 of Richland Center, was arrested and tentatively charged with Possession of Methamphetamine with Intent to Deliver, Maintaining a Drug Trafficking House, Possession of Drug Paraphernalia and Child Neglect.

Derek J. McDiarmid, 25 of Blue River, was arrested and tentatively charged with Possession of Methamphetamine with Intent to Deliver, Possession of Drug Paraphernalia, Child Neglect, and Felony Bail Jumping.

All of the above listed drug related charges also carry a penalty enhancer because the offences took place within 1,000 feet of a park. All charges have been forwarded to the Richland County District Attorney’s Office for prosecution.

All juveniles in the house were examined by medical personnel before being released to responsible parties as determined by Richland County Child Protective Services (CPS).

Chief Clements states that this investigation was the result of a combination of consistent, sound law enforcement tactics conducted by Officers on patrol and a concerned citizen who was observant and reported their concerns to law enforcement. Chief Clements would like citizens to remain vigilant and continue to report suspicious activity, no matter how minor, noting that this case is a great example of how citizen involvement partnered with law enforcement can reduce crime within our community.